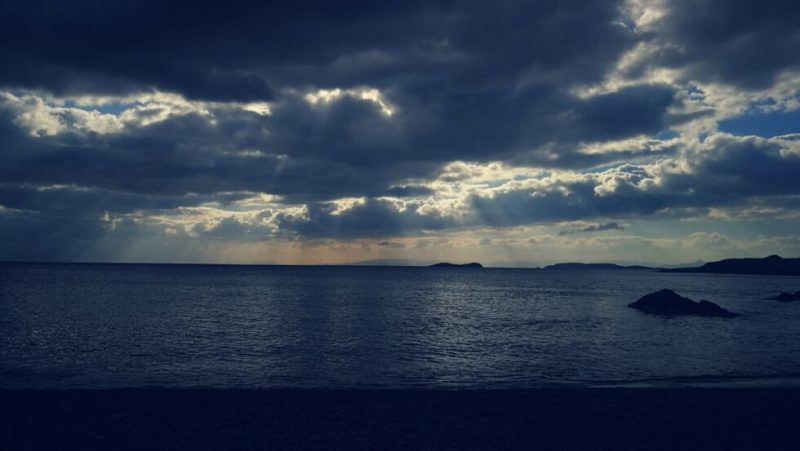 In the beginning, was only the sea.

There was no sun, no moon, no people, no animals, neither plants.

The sea was everywhere.

She, was the mother.

The mother was not a person,

She was the spirit of what was to come, she was consciousness and memory.

***** Origins of the world according to The Kogi tribe.

The Kogi people . are an indigenous tribe of the Colombian mountains ‘Sierra   Nevada de Santa Marta’ at the North, they are called “The guardians of world’s harmony’ and the ‘bigbrothers & sisters’ as untouched keepers of the ancestral wisdom of mother  earth. The Kogi (/ˈkoʊɡi/ KOH-gee), or Cogui, or Kágaba, means “jaguar” in the Kogi language . Their culture has continued since the Pre-Columbian era. The Kogi people are descendants of the Tairona culture, which flourished before the times of the Spanish conquest. The Tairona were an advanced civilization which built many stone structures and pathways in the jungles.